Dr. (Prof) Nikhil Moro, spoke about the interplay between social media censorship and freedom of speech and expression, also the contextual differences between the two countries. Lecture on “Freedom of Speech and Expression” was guided by the faculty coordinator Dr. Bhargavi Hemmige and was held on 16th July 2019. 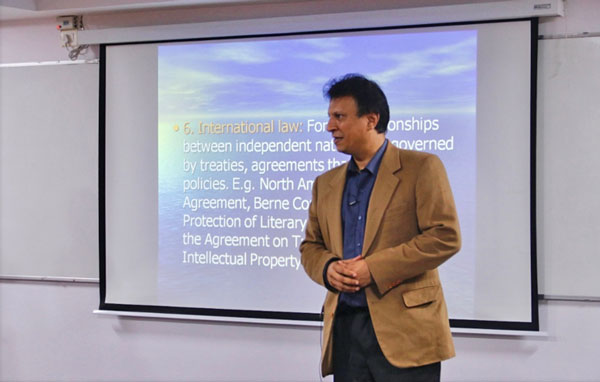 Organized on 28th August 2019, Prof. Francis Arackal Thummy spoke about the diminishing impact of media in promoting the real essence of democracy in our country. The theme of the lecture was “Media and Democracy”. 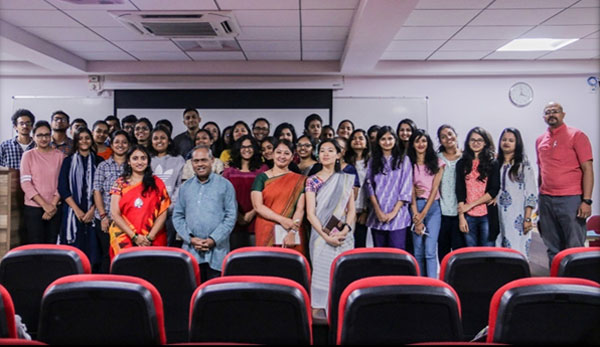 Milind Nagumale, a renowned Cinematographer and Associate Professor at Satyajit Ray Film and Television Institute Kolkata, spoke to the students of the Department of media studies on ‘Framing the Celluloid’. This is the 4th lecture in the ongoing Media lecture series. 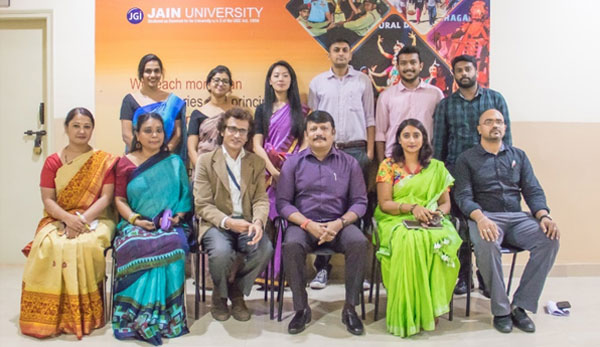 Mr. Gaku Shinoda, CEO of Densu which is headquartered in Tokyo and currently the 5th largest advertising agency in the world in terms of revenue, spoke about “India Creativity in Advertisement” “Binding Minds in Advertisement”. He also lectured about the inverted pyramid structure of conception and execution of creativity in ads. The faculty coordinator for this event was Dr.Shyamli Banerjee.

A Lecture Series by Deepika Dorai (Art, Screenplay, Direction, Choreography and Dance Performer) on Non-Verbal Communication, Semiotics, Mudras and Celebrating Indian Culture. This lecture series gave a grand presentation which took a tour on our Indian culture and heritage. The students were exposed to understanding of semiotics through the performing art. 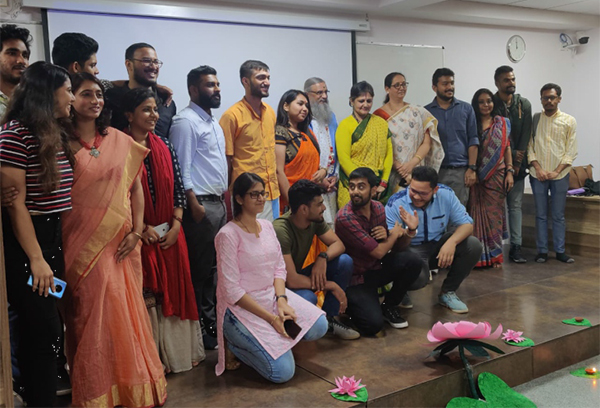 Dr. Rajkumar, Vice Chancellor of O.P.Jindal Global University (JGU) spoke about changing world through Law and Public Policy in current scenario and shed some light on how with the times the Law and policies have been changing at a rapid pace. 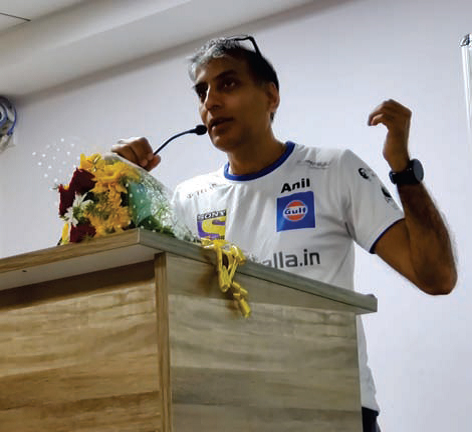 Dr. Nagesh Prabhu, Deputy Editor of The Hindu Newspaper, spoke on Media Industry and its changing trends. He spoke on how media has grown beyond print media and how E-Content has given a new comeback to print media industry. 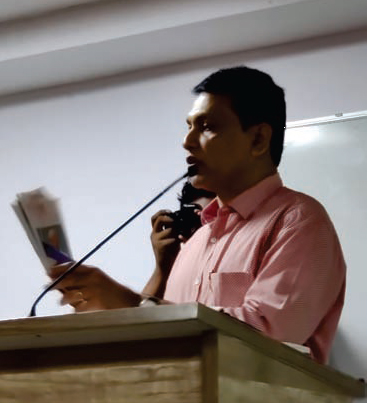