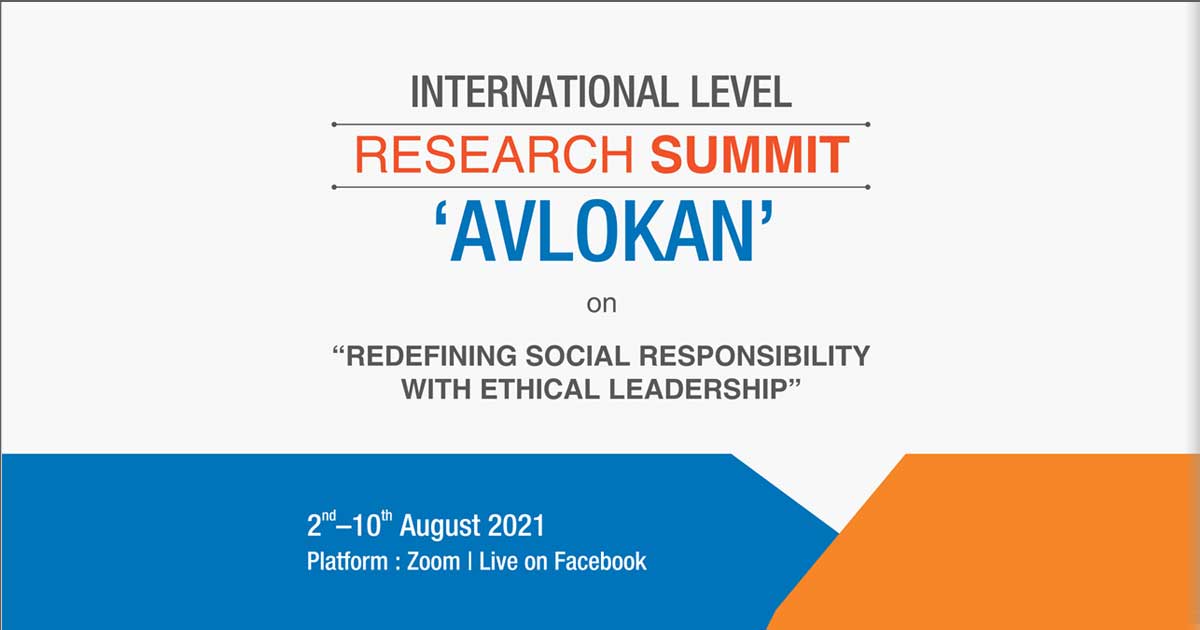 Day 1
Dr. Rogers M. Smith, an American Political Scientist, and a Christopher H. Browne Distinguished Professor of Political Science at the University of Pennsylvania, USA, enlightened the participants on the corporate history of America and brought forward the history of CSR doctrines with various examples. He took the participants through a journey from the 18th century to the present age. Dr. Smith explained how the definition of a corporation changed in America over the period of time; the shift from public good to profit-making. After the brief history of the emergence of the concept of the corporation, he linked it to the summit topic. Through the example of his family business, Dr. Smith explained the four main grounds of CSR that his grandfather would follow. He then highlighted the turning point in CSR history by mentioning the views of Milton Friedman. He said that for businesses and corporates to grow and sustain in highly competitive markets, the most crucial CSR for a corporation is to give high ROI to its investors. To explain the relevancy of Milton's view, he gave an example of how the number of drug wholesalers in America had reduced from 500 to merely 3. He acknowledged the efforts of big corporations in redefining CSR to not just being limited to a fair return to the investors but also the employees, consumers, and communities as a whole. Mr. Smith concluded by making it clear that he strongly believes in the J. M. Smith Code of CSR.

Dr. Chenraj Roychand, Chancellor - JAIN (Deemed-to-be University), offered a brief tour into the future with his address. He said that according to him the world consists of 3% dreamers, 22% intellectual force, and 75% skilled force to explain the importance of each of these and the role they play. He mentioned that the future of financial sustainability in this fast-moving world is solopreneurship. He raised his concern on increasing economic disparity and advocated the relevancy of solopreneurship in the future. He also said that technology simplifies building companies, and people must use it. He articulated the power of digitization and technology in present times and urged people to utilize the power of knowledge and available information. On a motivational note, he emphasized building simple yet revolutionary ideas that require a vision and well-thought plan. He said, “There is a need to convert knowledge into skill, action, and approach.” Giving real-life examples, he mentioned that individuals with a less traditional academic background, high skills, and a strong vision have excelled. He conveyed that ideas and knowledge should be optimized and commercialized. He mentioned many notable personalities like Dhirubhai Ambani, Henry J. Kaiser, Dale Carnegie, etc. His multiple nothing-to-something stories were inspiring and thought-provoking.

Day 2
Mr. Arup Chatterjee, Principal Financial Sector Specialist - Asian Development Bank, and Dr. Raj Singh, Vice-Chancellor - JAIN (Deemed-to-be University) and Vice Co-Chair - ASSOCHAM, Bengaluru, were the guest speakers on day two of the summit. The phenomenal sessions were delivered under the titles, For Doing Business with Heart and Soul, Women Need to be Put Ahead of Men, and Teaching Learning Process in Education and Social Responsibility. The speakers discussed opportunities for women in the corporate world and how project-centric learning can be effective in the current age of online education. The sessions also highlighted the struggles faced by women in the corporate world. It was an informative session where both the speakers threw light on many relevant topics which can be highly effective in the corporate world. Each session concluded with an interactive Q&A session.

Day 3
On day three of Avlokan, Professor Muhammed Yunus, a Nobel Peace Prize Laureate and Founder of Grameen Bank, Bangladesh, graced the session with his presence. He shared his career experiences, his journey from teaching economics in a university to being a banker, and how he successfully became a social entrepreneur.

Day 4
Day four of Avlokan had sessions by Dr. Dinesh Nilkant, Director - Center for Management Studies and CMS Business School, and Ms. Amita Paul, Product Manager- LinkedIn and Advisor - Meemli, Redwood City, California, United States. Their respective topics were Role of Social Responsibility in Networking and Should You Focus on Your Strengths or Improve Your Weak Points?

The informative session delivered by Dr. Dinesh Nilkant offered an opportunity to the participants to learn about networking. He emphasized that one should share ideas with others and leave a long-lasting impression. In networking, he briefed about the giver and taker approach. He said, “Success can only be achieved if we have a good network which eventually leads to good net worth and having good skills. Having thousands of connections is an asset for an individual”.

Ms. Amita Paul began the session with a quote from Tom Rath, “You cannot be anything you want to be, but you can be a whole lot more of who you already are.” She emphasized the significance of a positive outlook and mentioned that we should invest more in our strengths than our weaknesses. Ms. Paul gave some tips on how to improve for a better future. She concluded, “Fixing weaknesses prevent failure, and strength building leads to success.”

Day 5
The session took place on August 6, 2021, with much enthusiasm and excitement after four days of a successful summit. The first speaker, Ms. Nidhi Vadhera, a sales coach, India's first woman author on sales, and a business consultant, spoke on the topic, The Inverted Funnel. She shared her remarkable journey of sales experiences, insights into the history of sales from different eras, relationship building, pitches with human elements, enriching information regarding business development, and how AI is currently playing a vital role in digital sales. She simplified the concept of sales and encouraged the audience to opt for sales roles in the future.

The second speaker Professor V. Ranganathan, Retired RBI Officer and Professor - IIM Bangalore, spoke on Redefining Social Responsibilities and Ethics. In addition to enlightening the participants on how ethics, morals, and principles play a crucial role in our lives, he explained various philosophies, benefits, and consequences of ethics and morals. He mentioned in Sanskrit, “Atmavatheva Paranampi Pashyatha,” which meant, put yourself in another person’s shoe. He also spoke about inefficiency in the economy and how social responsibility plays a vital role.

Day 6, 7, and 8
The research paper presentations were delivered into various tracks from August 7 to August 9, 2021. The first day remained dedicated to the general management and case study tracks, followed by marketing, finance, and human resource tracks on the subsequent days.

Day 9
The guest speaker for the day was Dr. Philip Kotler, Father of Modern Marketing, and an S. C. Johnson Distinguished Professor of International Marketing at J. L. Kellogg School of Management, USA. With immense knowledge in marketing and economics, he addressed the audience on the concept of the Evolution of Marketing. He spoke about how marketing operates and how influential it is in the affairs of human beings. He shed light on how marketing came into existence and evolved. He also covered vital tenets of Modern Marketing. He explained pivotal features of new marketing with relevant examples that included customer journey marketing, touchpoints marketing, personas marketing, content marketing, influencers marketing, lean marketing, social marketing, social entrepreneur marketing, and design and service-dominant logic. Dr. Kotler dedicated a segment to praise Paul Polman and Hubert Joly for their planet-friendly and ethical approach. He also mentioned the future aspects of marketing. In the end, he said, “If you want to have the business success, be a lifetime learner; watch the world and see where it’s going. Don’t move too fast (ahead of it), but certainly don’t move too slow (and get ignored).” Dr. Kotler appreciated the Indian way of greeting people with folded hands and said that the entire world should adopt it, especially during the Covid-19 era. The session was then followed by a panel discussion comprising the eminent and renowned speakers like Dr. John Lipinski - Professor, Indiana University of Pennsylvania, USA, Mariana Guedea - CEO, Meraki Organization Nicaragua, Sasha E. Butler - CEO, CGALE Maryland, United States, and Dr. Vinod Dumblekar - Founder and CEO, Mantis, New Delhi, India. In the panel discussion, all the speakers exquisitely put forward their insights into Redefining Social Responsibility with Ethical Leadership. The highlight of the session was the constant flow of questions in the Q&A session. It was an immense pleasure for the team to host a research summit and have people from across the globe. It was a delightful and momentous experience to hear from such great minds.